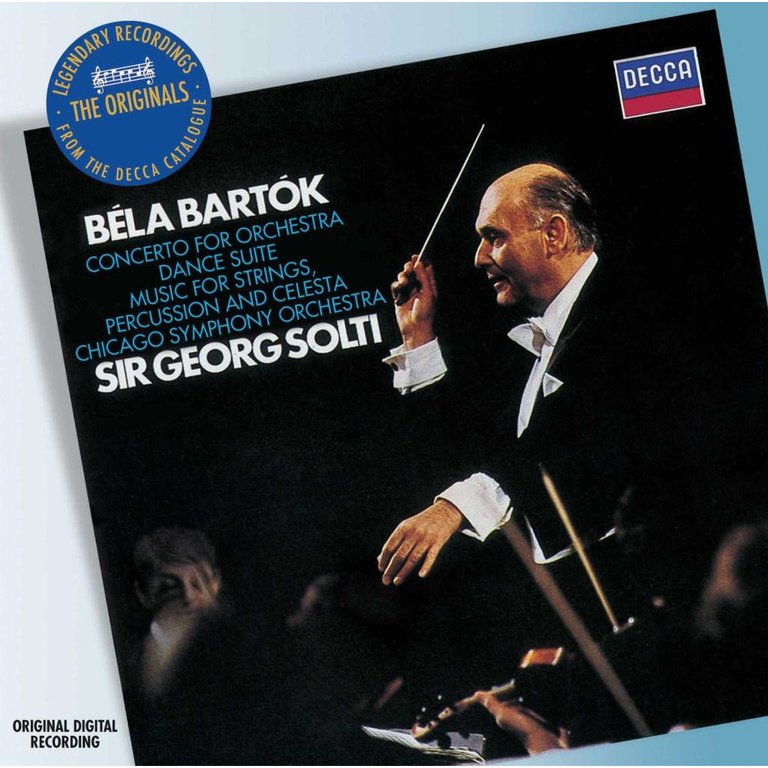 “The performances captured here are dynamic, cohesive and blazingly well played. I don’t think the Dance Suite has ever been better played or recorded, and the accounts of the Concerto for Orchestra and Music for Strings, Percussion and Celesta rival the same orchestra’s legendary 1950s recordings with Reiner.” — Ted Libbey, The NPR Guide to Building a Classical CD Collection

Sir Georg Solti’s tenure as music director of the Chicago Symphony Orchestra yielded over 100 commercial recordings on Decca. Solti was at his finest conducting the music of his native Hungary, and these recordings of Bela Bartók’s most popular orchestral works are no exception. Clear and precise musicianship coupled with Solti’s masterful interpretations lead to magnificence — a staple of any classical music lover’s collection.

Stravinsky: The Fairy’s Kiss, Muti/La Scala (CD)
$18.99
By using our website, you agree to the use of cookies. These cookies help us understand how customers arrive at and use our site and help us make improvements. Hide this message More on cookies »