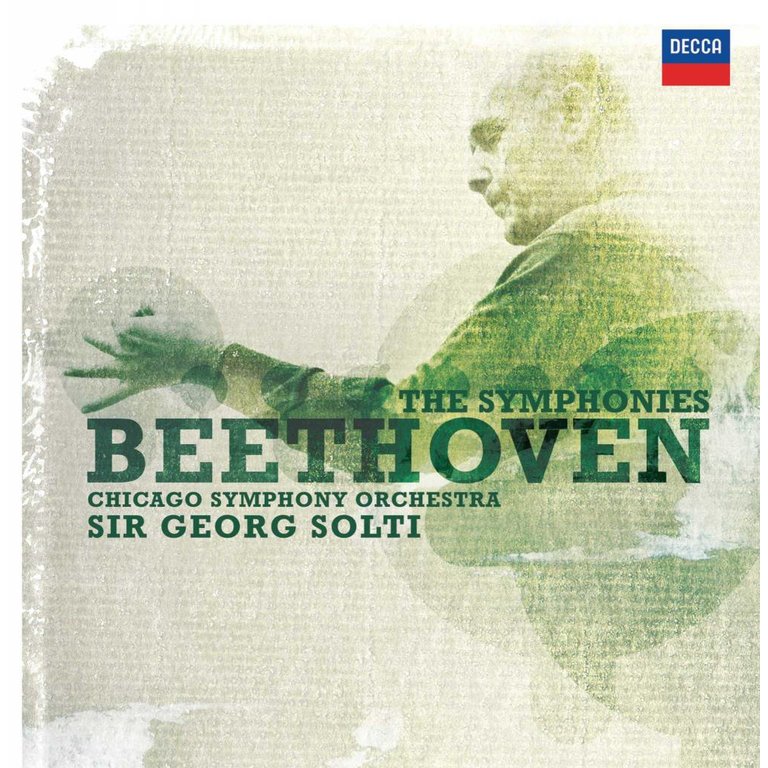 Shortly after Sir Georg Solti took the helm of the Chicago Symphony Orchestra in 1969, he embarked on a tremendous recording project — his first complete cycle of Beethoven’s symphonies. This collection took the orchestra outside of Orchestra Hall, recording many of the works at the historic Medinah Temple (Chicago), along with recordings at the University of Illinois and Sofiensaal (Vienna). Hear the Chicago with tremendous clarity in Solti’s timeless recordings of Beethoven’s symphonies — recordings that have stood the test of time and continue to be ranked among the best nearly 50 years later.

The original LP release included a 50-minute discussion with celebrated writer and musicologist William Mann. Now, for the first time, these recordings can be heard on CD, retouched and remastered for modern day listening.

This collection was reissued in 2007, coinciding with the tenth anniversary of Solti’s death in 1997.

Beethoven Leonore Overture No. 3, Op. 72b
May 1972, Krannert Center for the Performing Arts, University of Illinois, Urbana

Beethoven: Symphonies No. 7 & 8, Muti/Philadelphia (CD)
$7.99
By using our website, you agree to the use of cookies. These cookies help us understand how customers arrive at and use our site and help us make improvements. Hide this message More on cookies »