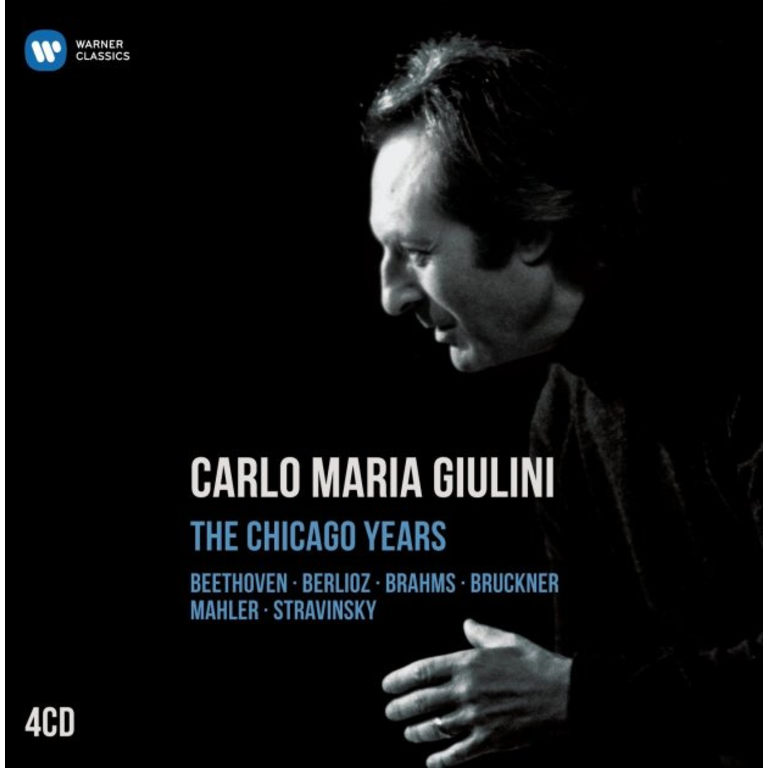 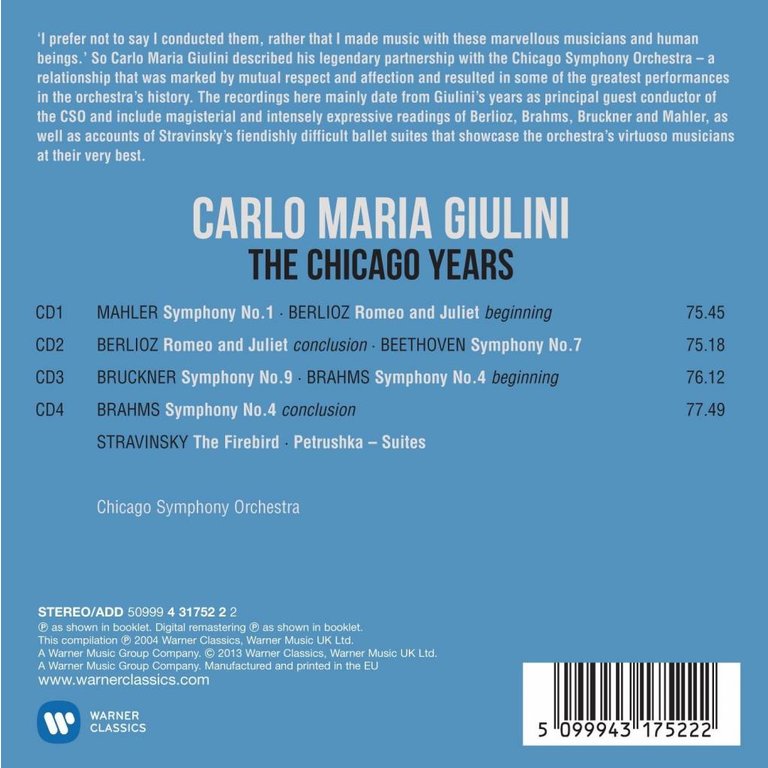 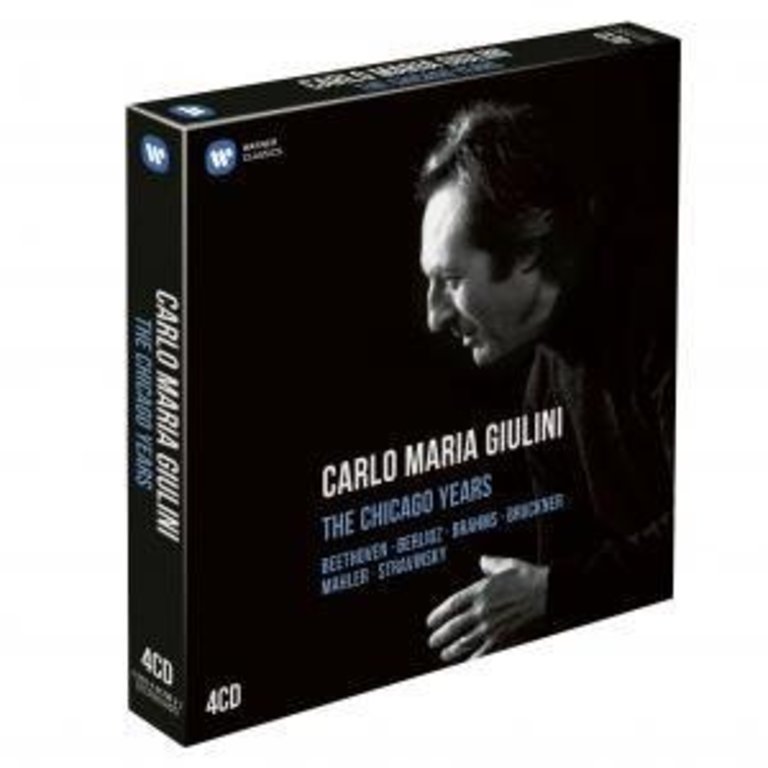 “[The Bruckner] features amazingly transparent textures and harmonic clarity at high volume, but never sounds fussy or mannered. The [Mahler], too, offers a remarkable combination of grandeur and savagery.” — ClassicsToday.com

“I prefer not to say I conducted them, rather that I made music with these marvelous musicians and human beings.” So Carlo Maria Giulini described his legendary partnership with the Chicago Symphony Orchestra — a relationship marked by mutual respect and affection, resulting in some of the greatest performances in the orchestra’s history. The recordings here primarily date from Giulini’s years as Principal Guest Conductor of the CSO and include magisterial and intensely expressive readings of Berlioz, Brahms, Bruckner and Mahler, as well as accounts of Stravinsky’s fiendishly difficult ballet suites, showcasing the orchestra’s virtuosic musicians at their very best.

Brahms: Violin Concerto, Giulini/Perlman (CD)
$11.99
By using our website, you agree to the use of cookies. These cookies help us understand how customers arrive at and use our site and help us make improvements. Hide this message More on cookies »