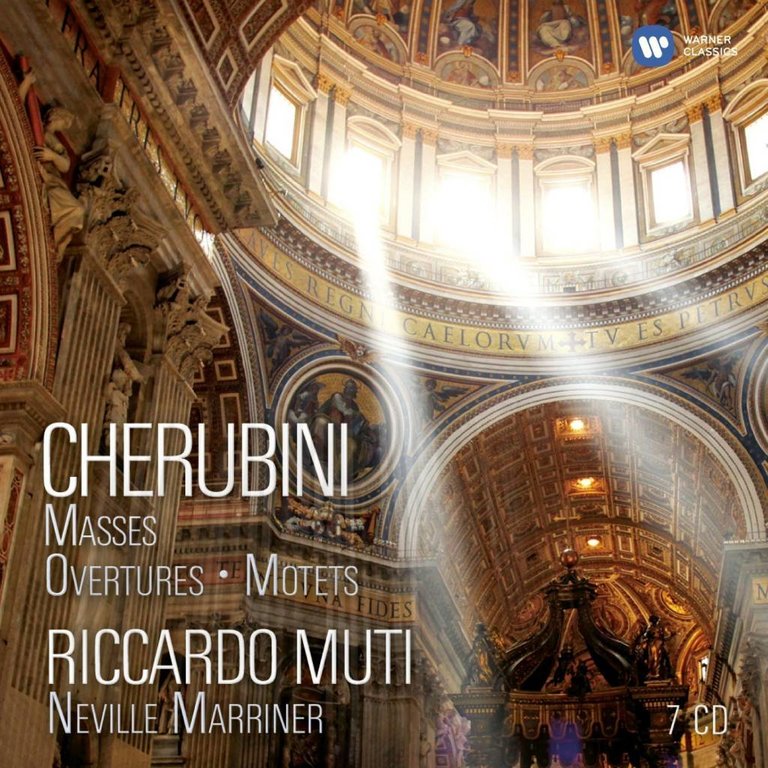 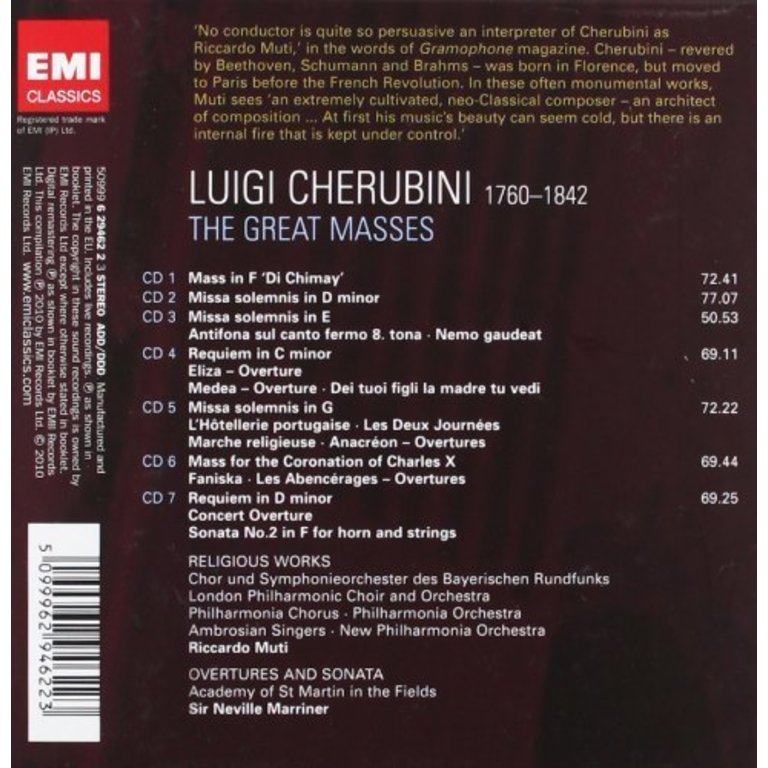 "No conductor is quite so persuasive an interpreter of Cherubini as Riccardo Muti," in the words of Gramophone magazine. Cherubini - revered by Beethoven, Schumann, and Brahms - was born in Florence, but moved to Paris before the French Revolution. In these often monumental works, Muti sees "an extremely cultivated, neo-Classical composer - an architect of composition ... At first his music's beauty can seem cold, but there is an internal fire that is kept under control."

Mass for the Coronation of Charles X

Sonata No. 2 in F for Horn and Strings

CD Verdi: Preludes, Ballet Music, Opera Choruses, Muti/La Scala/New Philharmonia/Philharmonia
$16.99
By using our website, you agree to the use of cookies. These cookies help us understand how customers arrive at and use our site and help us make improvements. Hide this message More on cookies »