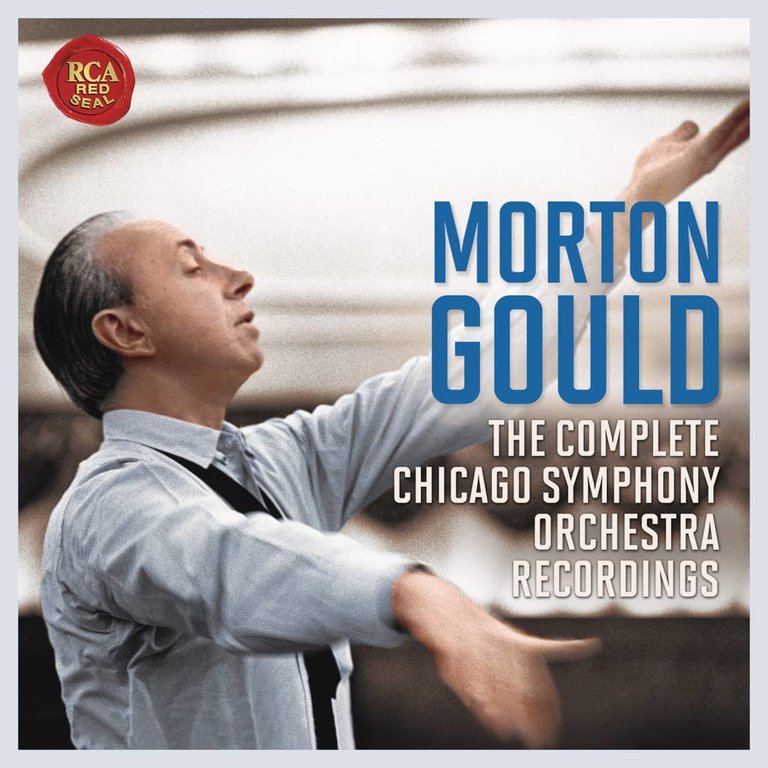 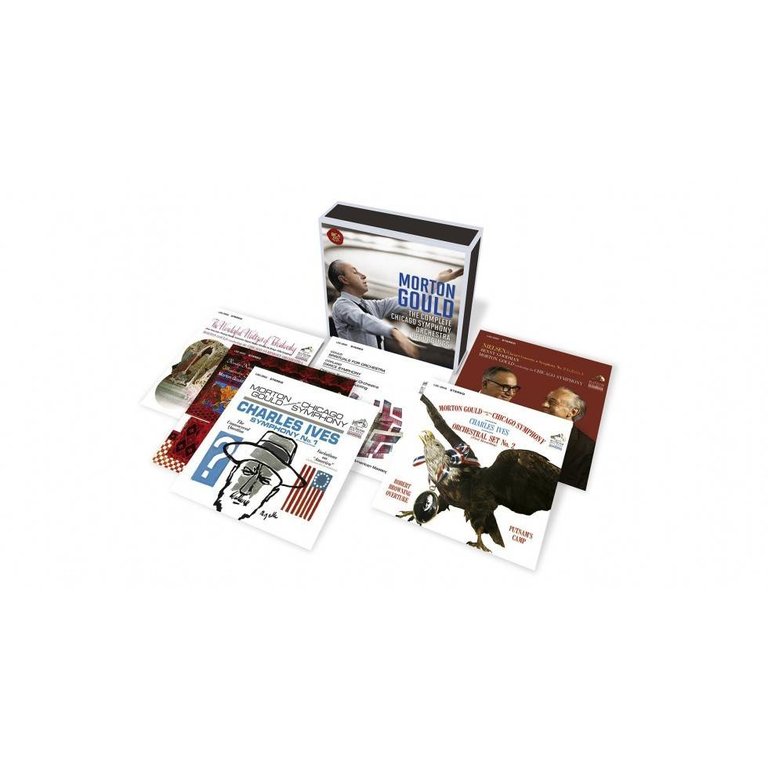 Between 1965 and 1968 Morton Gould conducted the Chicago Symphony Orchestra in a handful of recordings for RCA Victor. In and out of the catalog for decades — mostly out — they have become the stuff of legend. Now, at last, Sony Classical brings them all together in a new 6-CD box set, The Chicago Symphony Recordings. New York City native Gould was a phenomenon: a Pulitzer Prize-winning composer, Grammy®-winning conductor, prolific arranger and prodigious pianist who achieved equal renown in classical and popular music. He was barely out of his teens when his compositions were being conducted by the likes of Stokowski, Toscanini and Mitropoulos. He wrote for the concert hall, movies, radio, TV and the Broadway stage, as well as ballets for Balanchine, Agnes de Mille and Jerome Roberts.

The Chicago Symphony Recordings reflects Morton Gould’s exceptionally wide musical affinities. There is American music, including Gould’s own masterpiece, Spirituals for Orchestra, along with Aaron Copland’s Dance Symphony, which surprisingly had never before been recorded by an American Orchestra. Also included in the 6-CD box set are Charles Ives’ First Symphony, which won the 1966 Grammy Award® for Classical Album of the Year, and Carl Nielsen’s Second Symphony and, joined by Benny Goodman, the Clarinet Concerto. The box set features facsimile LP sleeves and labels and full discographical notes with all of the music remastered from the original analogue tapes.

Peter Ilyich Tchaikovsky, The Nutcracker, Op. 71, No. 13: Waltz of the Flowers

CD Rimsky-Korsakov: Scheherazade, Respighi: Fountains of Rome, Muti/Philadelphia
$7.99
By using our website, you agree to the use of cookies. These cookies help us understand how customers arrive at and use our site and help us make improvements. Hide this message More on cookies »