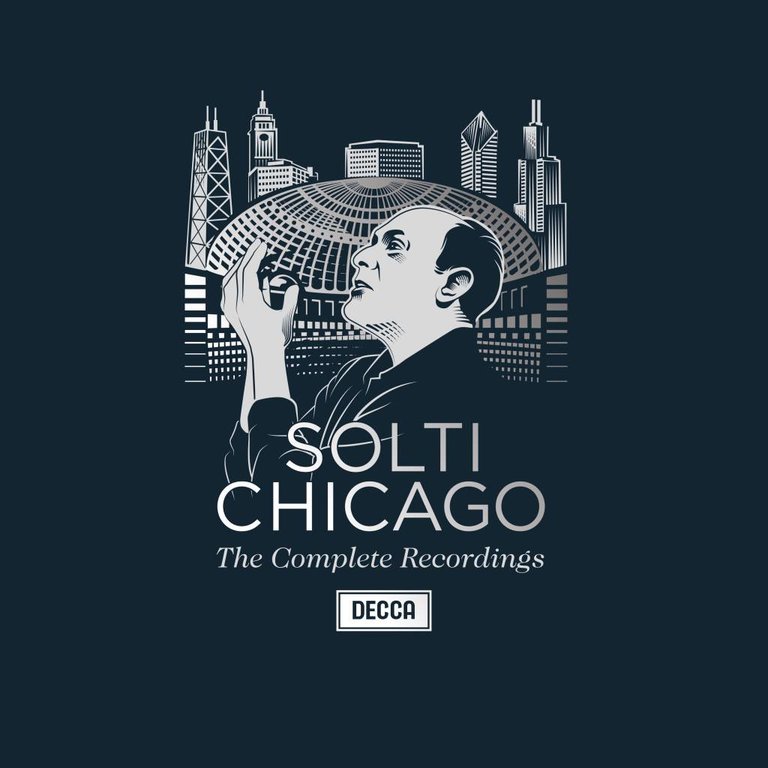 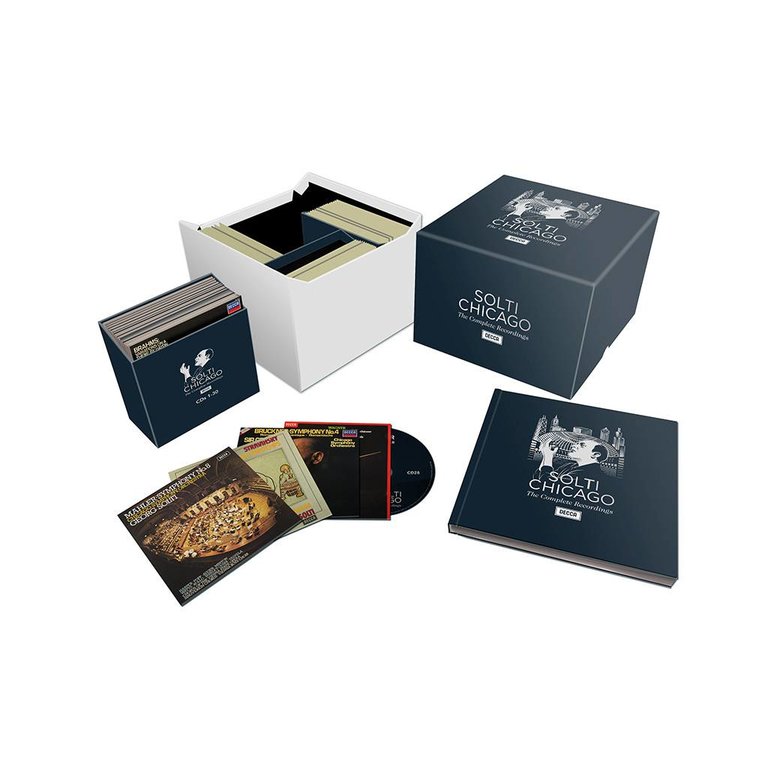 During Sir Georg Solti‘s tenure as eighth music director (1969–1991) and music director laureate (1991–1997), he and the Chicago Symphony Orchestra and Chorus amassed an astonishing discography. Decca Classics—to commemorate the twentieth anniversary of Solti’s death—is releasing a set of these complete recordings in a 108-CD boxed set.

“Recording with the Chicago Symphony was the fulfillment of Solti’s dreams and ambitions, to be able to record for posterity the ephemeral quality and emotions of a performance by this world-class ensemble,” writes Lady Valerie Solti in the accompanying book. “The orchestra were enthusiasts, hard workers, and brilliant musicians who were as eager as Solti to make first-class records and to create for the future a lasting document, a legacy of their wonderful relationship, a collaboration which won worldwide acclaim and unparalleled Grammy awards.” The 180-page hardcover book also includes articles by mezzo-soprano Yvonne Minton; producer and author Humphrey Burton; Martha Gilmer, who served as the Orchestra’s vice president for artistic planning during the latter half of Solti’s tenure; and CSO archivist Frank Villella; along with previously unpublished images from recording sessions.

Solti wrote in his Memoirs, "My term as music director of the Chicago Symphony Orchestra was the happiest time in my professional life . . . the fulfillment of my dreams, but at the same time, it was a new learning experience for me, a master class in musical directorship." This set is a testament to that remarkable partnership.

CD Bartok: Box Set, Solti/CSO
$44.99
By using our website, you agree to the use of cookies. These cookies help us understand how customers arrive at and use our site and help us make improvements. Hide this message More on cookies »