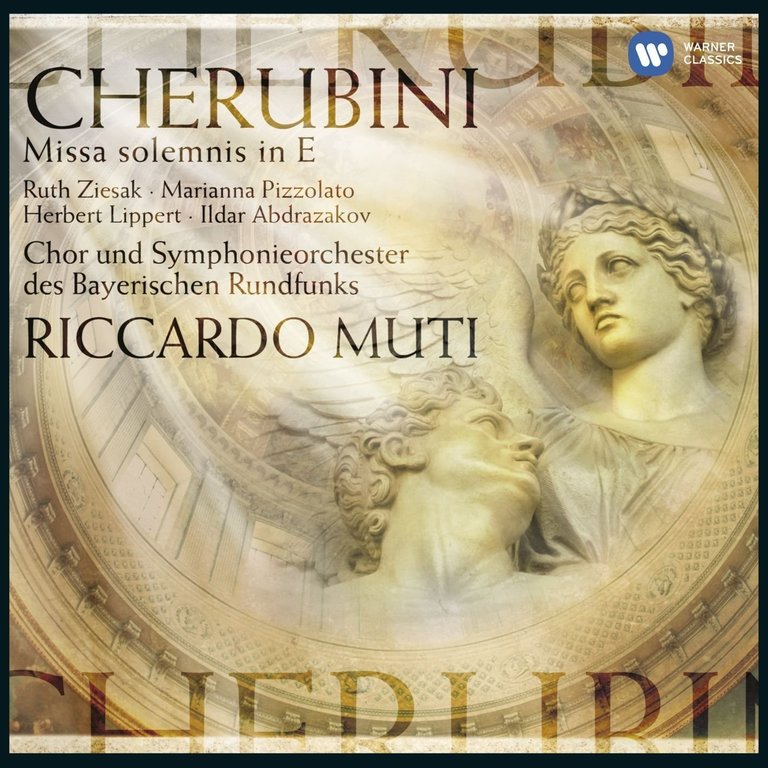 “Muti’s pacing is flawless . . . the solo quartet and choir poised, the orchestral layer a benediction. Even the hardened non-believer will mutter a graceful ‘Amen!’.” — BBC Music Magazine

An under-recorded and under-performed corner of the repertoire — the music of Luigi Cherubini. Italian conductor Riccardo Muti has a soft spot for the composer of his homeland, conducting and recording many of his major works for EMI Classics. Here, experience the sublime Missa solemnis in E Major, with the Bavarian Radio Symphony Orchestra and Chorus alongside two of Cherubini’s motets.

Mercadante: I due Figaro, Muti/OGLC (3-CD)

Mozart: Symphonies No. 35 & 41, Muti/OGLC (CD)
$23.99
By using our website, you agree to the use of cookies. These cookies help us understand how customers arrive at and use our site and help us make improvements. Hide this message More on cookies »