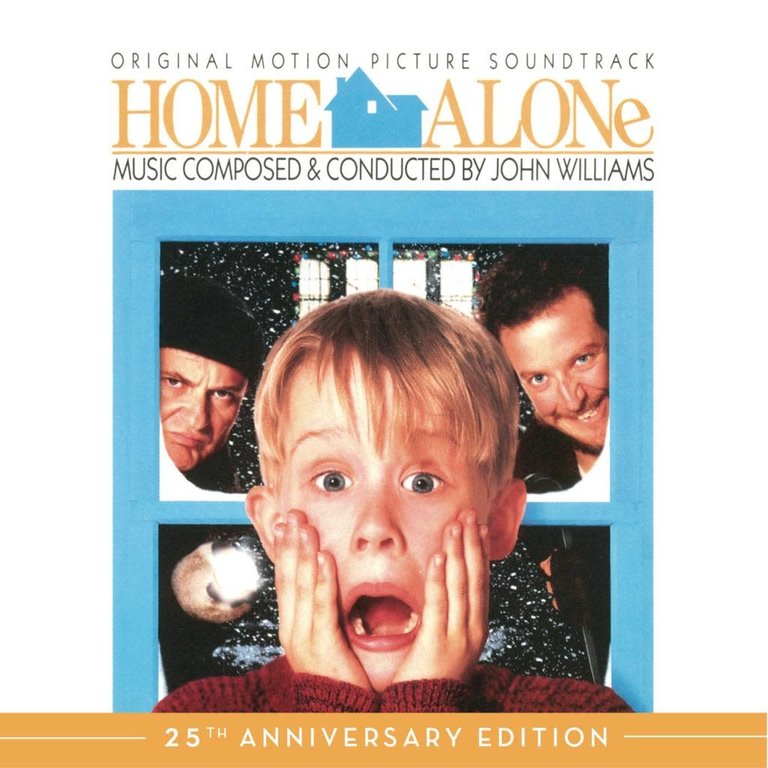 It has been over twenty-five years since Macaulay Culkin was left Home Alone at Christmas. The score was nominated for an Academy Award® and the main title song, “Somewhere in my Memory,” was nominated for an Academy Award® and a Grammy®. Featuring original music by John Williams, the album also features classic Christmas songs including “Have Yourself a Merry Little Christmas” with Mel Tormé and “White Christmas” with The Drifters.

In a career spanning almost six decades, John Williams has composed some of the most recognizable film scores in the history of motion pictures including Star Wars, Jaws, the Indiana Jones films, E.T. The Extra-Terrestrial, Schindler’s List and the first three Harry Potter films. Winner of twenty-one Grammy Awards®, four Golden Globe® Awards and five Academy Awards®, Williams is easily the most recognized composer working in film today. Throughout his career, Williams has worked closely with Steven Spielberg, composing music for all but two of his feature films, including the Academy Award®-nominated scores for The Adventures of Tintin, Warhorse and Lincoln.

CD Williams: Star Wars: The Empire Strikes Back (Remastered)
$19.99
By using our website, you agree to the use of cookies. These cookies help us understand how customers arrive at and use our site and help us make improvements. Hide this message More on cookies »