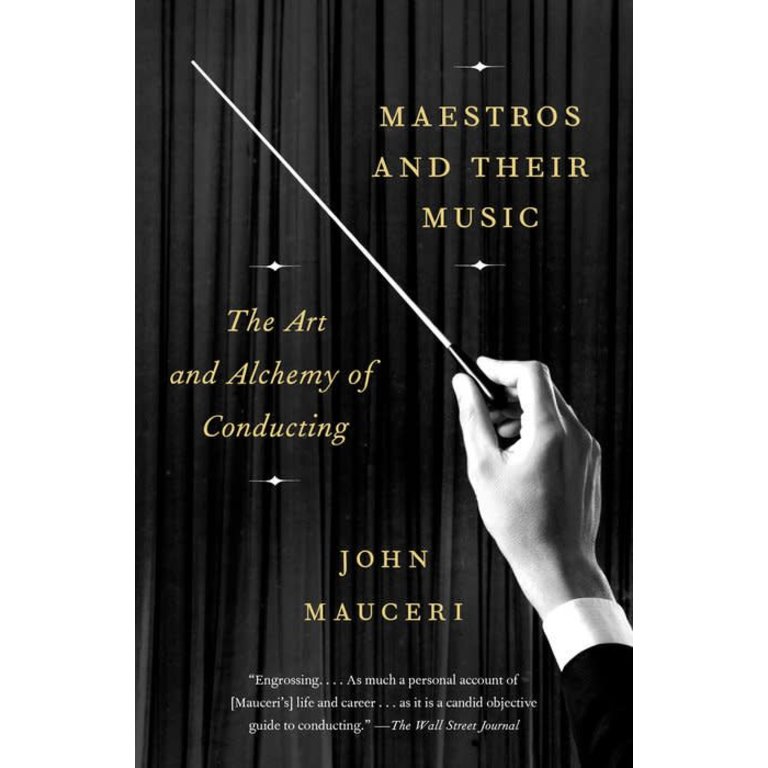 Maestros and Their Music: The Art and Alchemy of Conducting, Mauceri

John Mauceri, who has stood on podiums before storied symphonies, operas, and ballets around the world, brings a lifetime of experience to bear in this informative, brilliantly entertaining exploration of his profession. As Mauceri traces the lineage of his craft, from Felix Mendelssohn (the first to use a baton) to the present day, he shows us how conducting is itself a composition: of legacy and tradition, of techniques handed down—and more than a trace of ineffable magic.

Weaving clear musical explanations together with memorable accounts of working alongside masters like Bernstein and Stokowski, Mauceri reveals how conductors approach a piece with a combination of personal interpretation, imagination, and insight into the composer’s intent; what it takes to communicate solely through gesture, with sometimes hundreds of performers at once; and the occasionally glamorous, often challenging life of the itinerant maestro. Illuminating and instructive, inflected with candor, humor, and grace, Maestros and Their Music is the perfect guide to the allure and theater, passion and drudgery, rivalries and relationships of the conducting life.

Over the past five decades, John Mauceri has conducted symphonies, operas, ballets, musicals, and film music around the world, appearing in the world’s most famous venues and serving as music director of four opera companies and three orchestras, as well as hosting television and radio programs. An accomplished recording artist, he has more than seventy albums to his name, and is the recipient of a Grammy, a Tony, a Billboard, two Diapasons d’Or, three Emmys, and four Deutschen Schallplattenkritik awards. He has written for The New York Times, Los Angeles Times, The Times of London, and The Huffington Post,among other publications.

For the Love of Music: A Conductor's Guide to the Art of Listening, Mauceri

For the Love of Music: A Conductor's Guide to the Art of Listening, Mauceri
$25.95

Riccardo Muti, An Autobiography: First the Music, Then the Words

Riccardo Muti, An Autobiography: First the Music, Then the Words
$29.95

A Portrait in 4 Movements, Patner

What to Listen for in Music, Copland

What to Listen for in Music, Copland
$7.95
By using our website, you agree to the use of cookies. These cookies help us understand how customers arrive at and use our site and help us make improvements. Hide this message More on cookies »