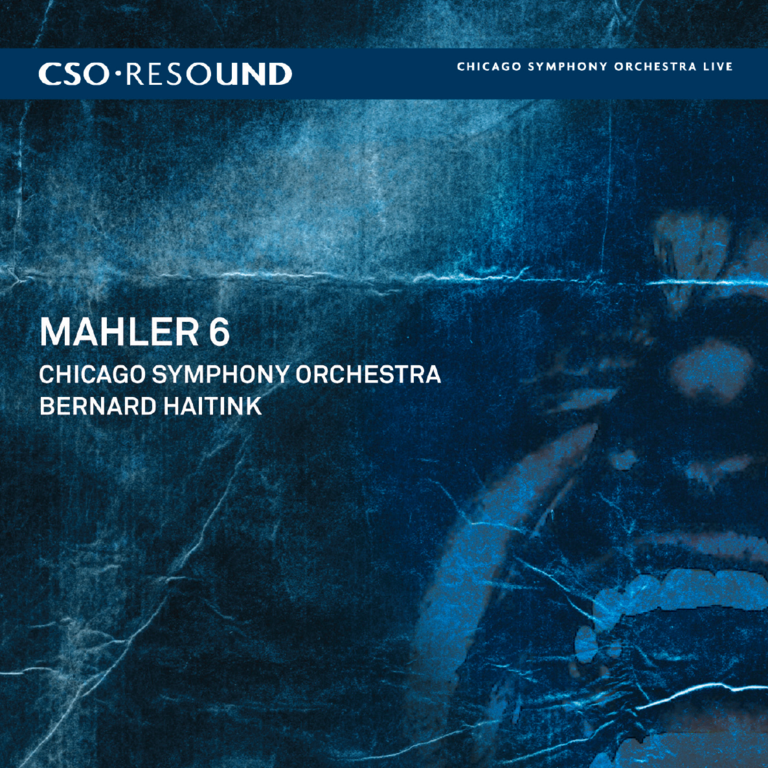 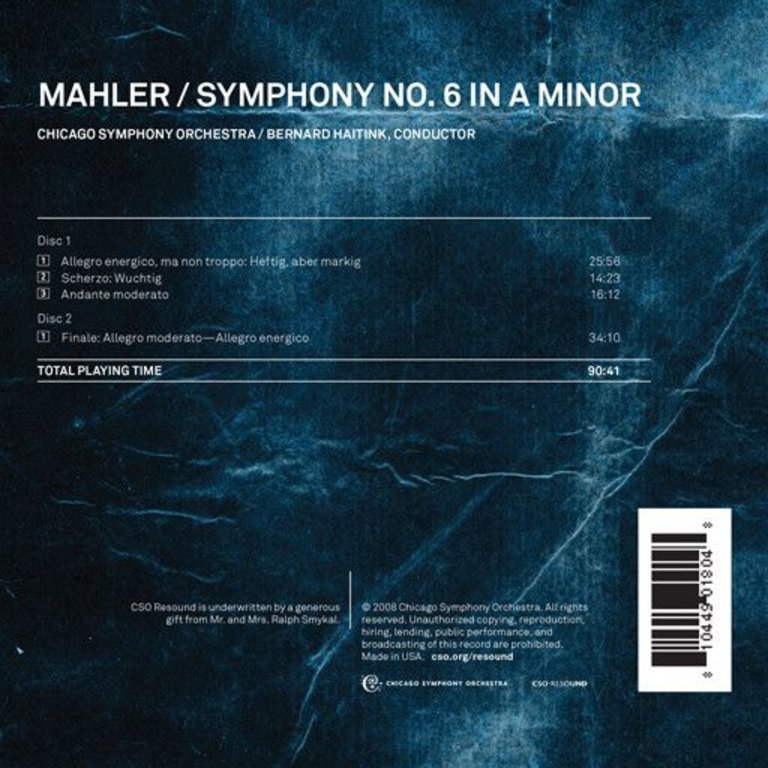 “A powerful sense of drama pervades Haitink’s draining account of Mahler’s Tragic Symphony, the Sixth, a stunning testament to the Dutchman’s reign as principal conductor of the Chicago Symphony Orchestra.” — The Times

CSO Resound presents Mahler’s deeply tragic Sixth Symphony, under the direction of former Principal Conductor Bernard Haitink. According to the Chicago Tribune, Haitink’s Mahler 6 “felt so right — [with its] accumulation of massive physical power, the feverish buildup of heroic optimism and its crushing defeat with each fatalistic blow [and] the magnificent intensity of the CSO’s playing.” The Chicago Sun-Times noted, “When have the two trios of the blazing Scherzo movement sounded so gentle, like lullabies? When has the Andante felt so personal?”

Mahler Symphony No. 6 in A Minor
October 2007, Orchestra Hall, Chicago

Mahler: Symphony No. 1, Haitink (CD/SACD)
$19.99
By using our website, you agree to the use of cookies. These cookies help us understand how customers arrive at and use our site and help us make improvements. Hide this message More on cookies »