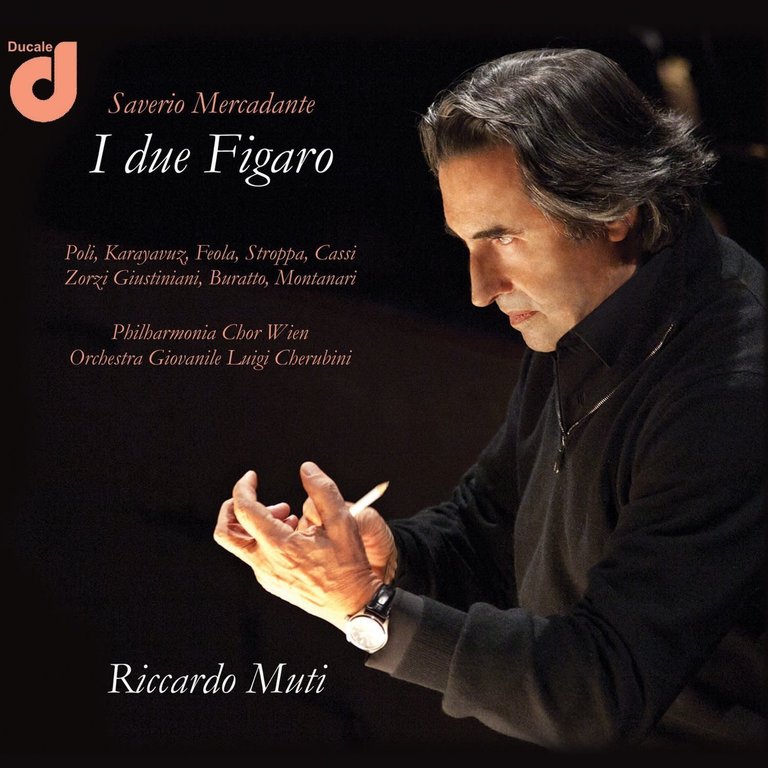 Mercadante: I due Figaro, Muti/OGLC (3-CD)

“Three strokes of the lower strings, a quarter note each, all on the pitch of A, sotto voce yet in charge: this is all it takes for Muti to whisk a listener to the opera’s Spanish locale. Throughout, the excellent Philharmonia Chorus of Vienna, the crackerjack Orchestra Giovanile Luigi Cherubinia and the discreetly sparkling Speranza Scappucci on fortepiano deliver impeccable musicianship imbued with kaleidoscopic fantasy.” — Opera News

Premiered in 1835, Saverio Mercadante’s I due Figaro was performed once in Madrid before being lost for over a century. In 2009, its manuscript was rediscovered by an Italian musicologist. Two years later, Riccardo Muti led the opera’s first modern production at the Ravenna Festival with his Orchestra Giovanile Luigi Cherubini, Philharmonia Orchestra of Vienna and a star-studded roster of singers. Immortalized here in impeccable packaging is this June 2011 performance.

DVD Paisiello, Mozart, Jomelli, Muti/OGLC
$59.99
By using our website, you agree to the use of cookies. These cookies help us understand how customers arrive at and use our site and help us make improvements. Hide this message More on cookies »