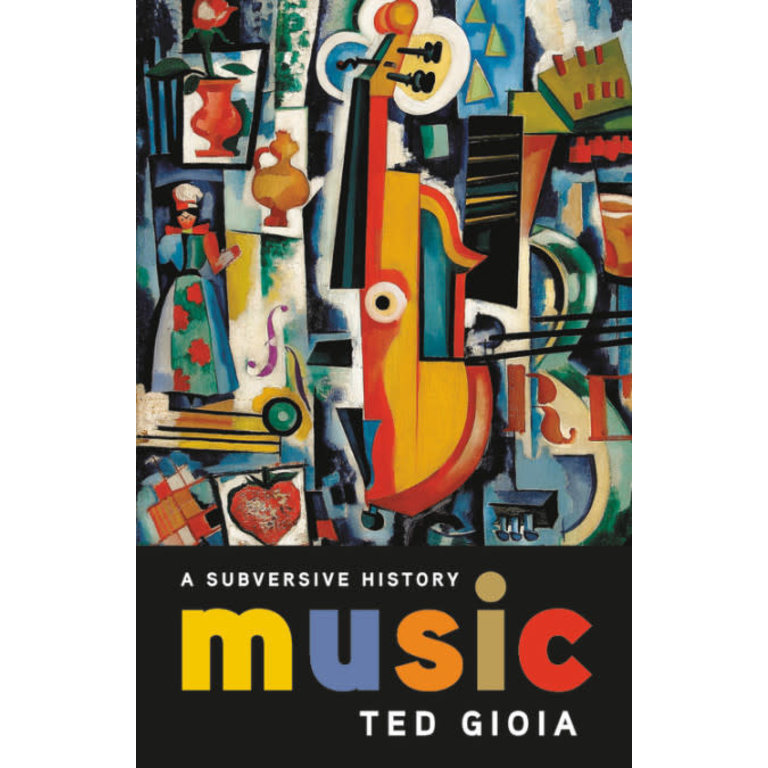 Imagine a society in which the most important aspects of music were ignored—because they were considered too dangerous or shameful or embarrassing. Even worse, imagine a musical culture where this has happened for centuries, with history books relying on censored or unreliable accounts that deliberately hide the real sources of creativity and innovation. As a result, visionary artists are slandered or ignored, while usurpers and pretenders are falsely honored.

Ted Gioia argues that we are victims of exactly this kind of distortion. In his provocative new book he offers a subversive dismantling of thousands of years of music history. He casts light on hidden currents and secret forces behind the decisive breakthroughs in music, and shows how conventional accounts have obscured or falsified the origins of our most cherished songs.

Music: A Subversive History offers a bold alternative view of the story of music —focusing on the power of song as a force of social change and enchantment. It explores how musical revolutions get assimilated (and distorted) by the same mainstream institutions that previously attacked them, and takes seriously aspects of song that are seldom discussed in music history books, including its deep connections to sexuality, magic, trance and alternative mind states, healing, social control, generational conflict, political unrest, even violence and warfare.

Music: A Subversive History is the result of more than a quarter century of research. Gioia’s three previous books on the social history of music—Work Songs, Healing Songs and Love Songs—have each been honored with the ASCAP/Deems Taylor Award. But in this new work, he takes an even more expansive view, covering the full history of music from Sappho to the Sex Pistols to Spotify and beyond. After you read Music: A Subversive History, you will never listen to songs the same way again.

Ted Gioia is a musician and author, and has published eleven non-fiction books, including his latest work Music: A Subversive History (released in October 2019 by Basic Books). His books have been translated into Spanish, Italian, German, Greek, Turkish, Korean, Chinese, and Japanese. Gioia's wide-ranging activities as a critic, historian, performer, educator and YouTube presenter have established him as a leading global guide to music past, present and future.

How to Listen to Jazz, Gioia

Listen to This, Ross

Definitive Opera Encyclopedia, Sadie
$30.00
By using our website, you agree to the use of cookies. These cookies help us understand how customers arrive at and use our site and help us make improvements. Hide this message More on cookies »