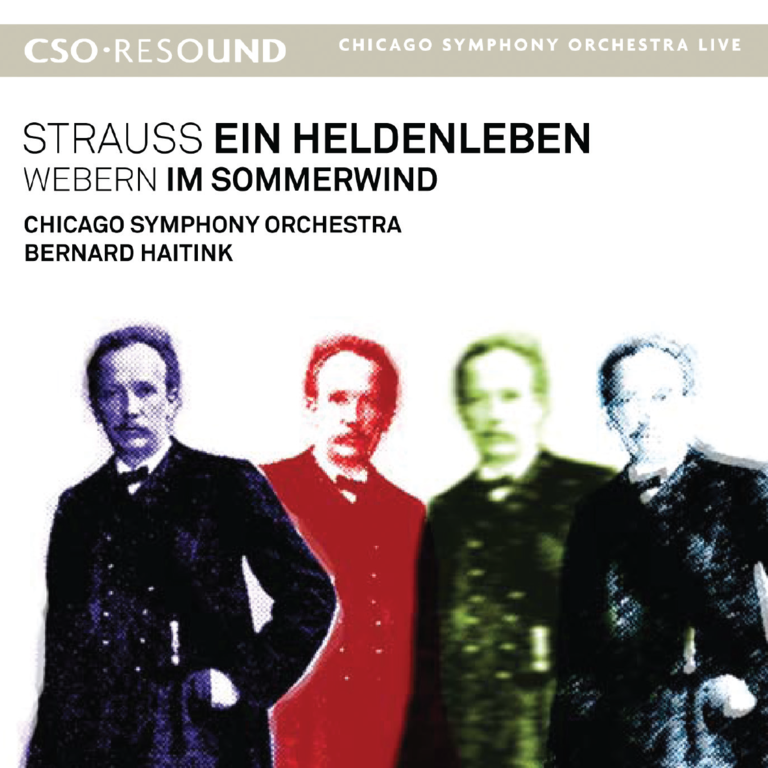 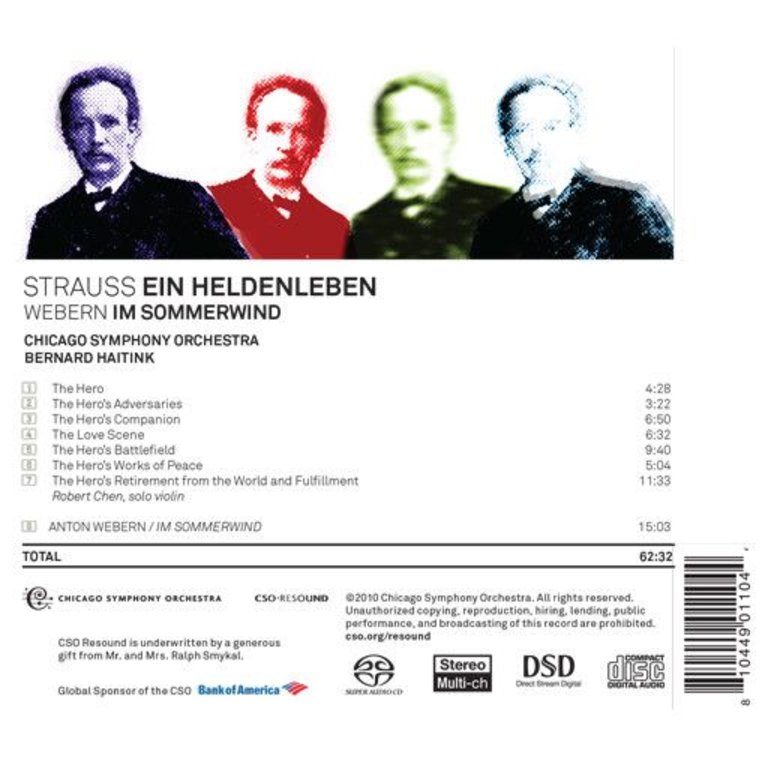 “Haitink worked his customary miracles on behalf of Richard Strauss and the CSO gave him what it always gives him: superb and deeply felt playing.” — Chicago Tribune

This album from the Chicago Symphony Orchestra, considered one of the world’s greatest Strauss ensembles, features Ein Heldenleben (A Hero's Life) whose US premiere it gave in 1900. The CSO pours out a lush interpretation of Richard Strauss’s large and complex tone poem in this live recording; Bernard Haitink leads with restraint and allows the strings and woodwinds to sing. In the famous Battle Scene, the brass and percussion roar, while concertmaster Robert Chen plays his violin solos depicting Strauss’s wife with tender beauty. Webern’s early tone poem Im Sommerwind is indebted to Strauss’s rhapsodic romanticism, overflowing with spacious melodies.

Ravel: Daphnis and Chloe, Haitink (CD/SACD)
$19.99
By using our website, you agree to the use of cookies. These cookies help us understand how customers arrive at and use our site and help us make improvements. Hide this message More on cookies »